The BootJack takes pride in being locally owned and operated since 1977.

In 1976, The BootJack Inc. was formed in Charleston, SC. Scot DuPuis, a Charleston native, had grown up around the footwear industry and decided to try his hand at his own business. When discussing what to name the store, his high school sweetheart -now wife- Susan looked around her room and her boot jack caught her eye. (A boot jack is a device used to help remove pull on boots). Susan suggested “The BootJack" as the name and the rest is history. Scot was able to plan and open the store just days before his 20th birthday. A few years later, Steve Zobel, a graduate of The Citadel, joined the company as a partner and the business has continued to grow ever since!

BootJack's first location was in the Pinehaven Shopping Center in North Charleston. It was a 1500 square foot full service boot store. When the store originally opened, The BootJack only carried footwear and the only footwear it carried was boots. You may be asking yourself, why just boots? But back then there were lots of shoe stores and no one carried boots year round. The concept of always having a place to purchase good quality boots made The BootJack unique to the Charleston area. 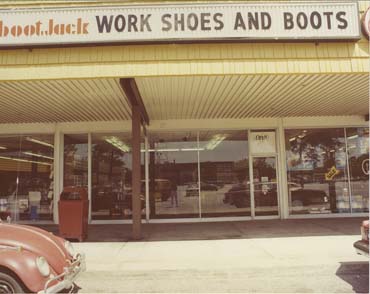 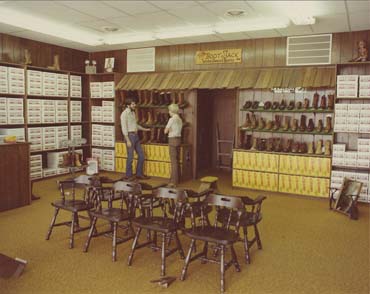 In the beginning, BootJack only had two brands of boots- Acme western boots and Herman work boots. Styles offered by manufactures back then were very limited compared to today. In 1977 we had 6 styles of work boots, a good selection of work boots for the time. In comparison to today, our North Charleston store carries over 150 styles work boots and shoes, many of them being safety footwear.

A request from a customer early on helped The BootJack to become the premier provider of safety footwear in the Lowcountry. A gentleman came in one day and asked if we had any steel toe Hush Puppy like shoes. He said that he was getting them at the Naval Shipyard store but it had been closed down. The shipyard was located just about across the street from our store. That was all it took, we were in the safety shoe business not long after that.

Today The BootJack is not only the premier store in the Lowcountry for safety footwear, but for all types of boots. The BootJack now carries western, work and outdoor footwear, as well as, all the clothing to go with it! Scot is still an owner and is active in the day to day operation of company. Steve retired in 2017. His daughter Rebecca who has been with The BootJack since 1993 has taken over for Steve and is now an owner. The BootJack has since expanded to three store locations and a mobile safety shoe truck.

Listen to our Jingle: